“All Quiet, No Peace” is a satirical sci-fi horror playset for the AGON rpg. Players take on the role of indentured employees of a corporate conglomerate, carrying out dangerous jobs as they exploit a dead alien solar system. Will your employees crawl out from under the grinding heel of debt, or succumb to the nightmares of the Charybdis System?
You will need a copy of AGON to play this game. Learn more at agon-rpg.com

Welcome to the Charybdis system! I am your assigned Welcome AI, G.R.E.G. ! Short for Greg - Reg - Eg - G! Stay put as the hibernation-pod induced flesh wrinkling -and associated agony- smoothes out. If it persists after a day, well, we like to call those folks Raisins! They get their first allotment of pain medication at company expense.

In exchange for your overpowering travel expenses — including fold space flight, hibernation, catheter maintenance, and snacks — you have been registered as an indentured employee of ours here at the Proteus Group. You will work off your debt by completing assignments given to you and your team, after being given a job suitable to your unique skills and background.

Charybdis is a patch of space and planet full of financial possibilities; anomalies that break all known physical laws, flora and fauna unparalleled in diversity and aggression, and remnants of an advanced, unknowable and nightmarish alien civilization all in such convenient proximity! Through your efforts each corporate arm of the Proteus group will turn this potential into profit. Welcome to your new home!

In order to download this playset you must purchase it at or above the minimum price of $5 USD. You will get access to the following files:

Support this playset at or above a special price point to receive something exclusive.

I'll add more community copies according to the following criteria:

Hello! I left a rating on the game, in hopes that 5 community copies would get added, so I can obtain one, as I don't have money because I'm recently disabled.

This game is absolutely fascinating, for all the reasons I stated in the review, and I would love to play it!

Thank you for creating such an intriguing game! I hope I get to read and play it.

Just updated the community copies available! I'll share it later today, so I hope you see this and claim your copy in case they run out!

All Quiet No Peace is one of the most ambitious Paragon playset I’ve read. Instead of only trying to play with the strengths of Agon which is mainly about power fantasy and fun rivalry, it transforms it into a convincing horror system by a few interesting changes.

The most marking and (again) ambitious one is the Terror Phase which works really well. Stress bonus dice is also here and more than just being a really really fun mechanic to play with : it changes completely  your relationship to stress.

But some problems appear when going over the details.

A few points may need a bit of polishing?

I will continue on following it and will rate it as highly as it deserves, if and when a few of those problems are taken care of.

Thank you for the incredibly thoughtful review! I'm glad that some of my more ambitious or weird changes struck a chord with you. If you ever get a chance to play it I'd love to hear how it goes.

You bring up a lot of great points and inconsistencies! I'll do a thorough scan and make sure that plugged some of these holes. I might have missed a few things in order to get this out in my deadline 😅!

I will respond to a few of your points here:

I'll make sure to make some of those vague rules and edge cases a bit more clear. I really appreciate the feedback!

Resurection is an important side of the system to give any hope of "winning" a campaign. With a starting debt of 7, the 2 debt increase and permanent stress reduction is great. Maybe just decide between if you can res a character only thrice or if resurection is possible an infinite amount of time without stress penalties once you res already thrice (I think I prefer the first one, but both are cool).

Termination giving "points" equal to the dots on the square, does not feel thematic or interact well with resurection? Would you gain those points every time you're terminated? If so you're gaining 6 points for a cost of only 2 points (and stress) basically which breaks the fear of getting hurt. You may just remove any kind of compensation for being terminated as the company just doesn't care all that much. A suggestion : if you make it so you can only res a character three times maybe just give points (that you need to use on upgrades not debt) on death. One for the first death, two for the second one and three for the third death. The fourth is permanent so no upgrades here. You justify it by being cyberneticly transformed or whatever ?

I will try it when I have the chance and will get back to you.

Great thoughts! I will try some stuff out. I have to admit that I hadn’t considered players dying over and over for tons of points.  BTW, if you’re interested in paragon system design discussion, I’m part of a pretty active AGON discord with some dedicated hackers.

Just updated the game! Thanks again for your feedback. 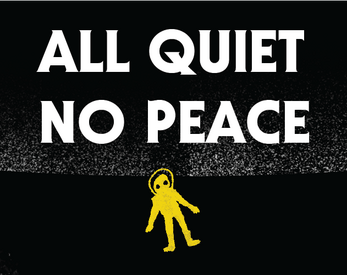